Home » Fitness » A Feministic Approach: Should Women Workout Like Men?

Whether women should train like men or not is a never-ending a hotly-debated topic that often divides the opinions of many fitness enthusiasts.

It is essential to consider that the definition of a healthy physique varies from woman to man. Sometimes, other women have the same standpoints as other men, though.

Nevertheless, women will typically not have the same results as men even doing the same workout routines due to the physical differences that are scientifically inclined to one’s gender.

In general, women are naturally inclined to do higher repetitions, take shorter rest intervals, lift in a more controlled tempo, do steady-state cardio, and do more work than men.

How and why? Listed under are science-based factors that can influence the idea of women training the same as men.

Most women do better on a diet with higher fat. Due to having a higher fat percentage than men, women tend to utilize fat as a primary energy source.

In connection to this, one study expounded that women oxidize lesser protein and carbohydrates but rather oxidize more lipids than other men during endurance training.

Based on the Dietary Reference Intakes (DRIs), a person should take 0.8 grams of protein per kilogram of body weight.

Why do women need less protein than men? According to one meta-analysis, the dietary protein requirement of women is approximately 10 percent lower than men. This finding is scientifically based on three reasons:

Not only protein, but women tend to have glycogen-sparing metabolism. This means they have a lesser need for carbohydrates to fuel their training, unlike men.

Also, requiring fewer carbs will free up calories to take as fat, which supports the cardiovascular and hormonal health of women.

Another factor is that women’s nervous and hormonal systems, including estrogen, are different from those of men. The Journal of Applied Physiology asserted that adrenaline burns fatter in women compared to men.

Rare it may seem; however, women should not be wary of the adverse effects of high fat and low carbohydrate diet.

Everyone should know that women and men have different calibers. Since women tend to have more fat than men, training the same as men may have different effects on one woman’s body. Even aiming for the same body goals, both should have a few differences in their training.

Women Are Less Fatigable Than Men 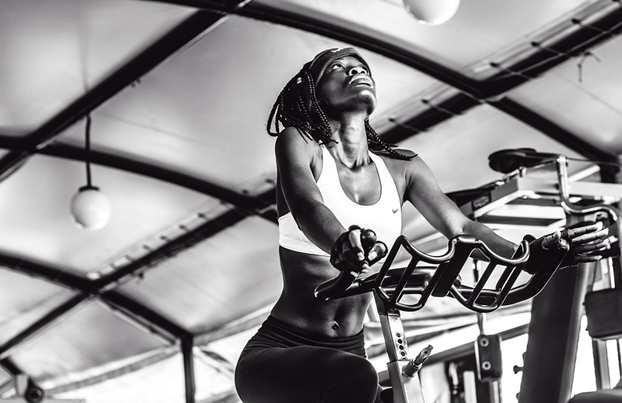 Even with the same strength levels, women have a higher resistance to fatigue compared to men.

Many researchers proved that women could do better with higher repetitions, even at a given intensity since women have more acquired endurance or resistance than men. The following are the reasons why.

Researchers in a study about sex differences in human fatigability discovered that women, when trained, have proportionally larger slow-twitch muscle fibers than men, which increase in quantity as women do heavy resistance strength training.

Slow-twitch muscle fibers or Type I are one of the two general types of a human’s skeletal muscle fibers that enables long-endurance feats. The other is called fast-twitch muscles or Type II which is used for an effective powerful and quick burst of strength, as the name suggests.

Aside from estrogen, one study explained that women could handle metabolic stress better than men as women have lower arterial blood pressure when exercising.

As a result, women can get more oxygen and blood to their muscles than men, allowing women to recover faster and need lesser rest after finishing one set or the same relative training volume as men.

Not only due to having larger Type I muscles that women can handle higher training volume but because of the female sex hormone estrogen as well.

As an anti-catabolic hormone, estrogen not only reduces protein breakdown but also prevent body muscle damage during exercises, allowing women to handle more volume without being overtrained.

One study concluded that men who trained bench press in a  greater range of motion (ROM) did not gain more strength. However, the result was different when the study was replicated in women.

The researchers in the study found out that women can handle and tolerate full ROM higher training stress than men.

Another similar study tested the strength and muscle gains in men’s arms when performing one set and three sets of upper body training, but researchers found out no significant results.

Other researchers replicated it and used women as subjects instead. The latter study concluded that the more sets the said women did, the more muscle mass they gained.

The same happened to one study regarding the responses of both young men and women to resistance training. In the said study, women responded better to negative bench presses than men.

Strength Training is Great for Grannies!

Many people believed that women at the menopausal stage, wherein osteoporosis potentially kicks in, should avoid strength training to prevent injuring themselves.

However, studies have shown that strength training is advisable since it can preserve bone density and improve balance, strength, and muscle mass of post-menopausal women.

Girls Talk: What You Can Do Better When Training 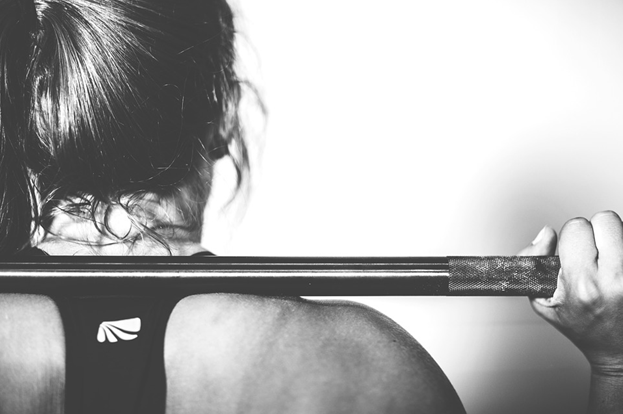 To sum up, as a woman, here is a list of your advantages when doing training over men. Specifically, women:

Considering all of these advantages, you can train better on the following training:

Additionally, home gym equipment, focuses on isolation work, specifically in the upper body. Most women tend to have smaller muscles, so it would be easier for you to isolate your muscles.

Plus, you do not need to be wary about a longer recovery period. Many women have stronger legs compared to their upper body, as well.

Therefore, there should be a lesser focus on heavy lower body lifting. The following are a few of the areas of interest of many women, which you may be interested in too.

Men tend to build abs simply from heavy squatting and deadlifting. Women can also do a great base from these workouts. They need more isolation in this specific part of the body, though.

You can add heavy abs and volume day through supersets or just tri-sets with other muscle groups after ending your upper body sessions.

For most women, possessing a great set of calves will let them look better in dresses.

Also, it will make larger hamstrings and quads to look more proportional. To get an excellent set of calves, women need to train them four times within a week in both vertical planes.

Squatting or training legs three to four in a week can automatically lead to having a greater set of glutes. To build better glutes, add bodyweight glute bridges during warm-up sets.

Also, with the outside of your feet,  concentrate on pushing the floor apart when squatting to activate the glutes more.

Many women would be less happy if people will compliment them for having a great set of pecs. Most of the girls would likely expect less than a large pair of pectoral muscles on their chest parts.

Do more shoulder activity and stability by performing heaving movements with dumbbells. No need to isolate chests with the pec deck machine, cable crossover variations, or press drop sets as men do. 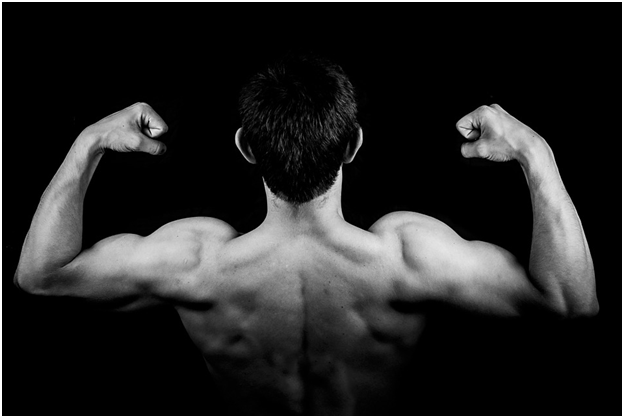 On the other hand, men also have advantages when working out. Men’s nervous system is more efficient than women's. Generally, men can produce force faster than women.

For instance, men can perform repetitions on powerlifting faster than women. Hence, men are at an advantage when doing explosive exercises at high-intensity interval training (HIIT).

Another is due to biomechanical differences. Men are less susceptible to physical harm. On the other hand, women are prone to leg and foot injuries, especially when doing weight lifting.

Other women may suffer from valgus knees angle and anterior pelvic tilt, which both can lead to pain or soreness in the knees, and, worst, increase the risks of osteoarthritis.

Because of inactive hamstrings and butt muscles as well as the tightness in the hips of many women, some ladies can have patella tracking problems that can lead to many muscular issues such as weak thigh muscles.

One reason why women’s hamstrings do not get to work much is that most women are wearing high heels, which may limit the flexion of the ankles and feet.

Further, being flexible can lead to a few symptoms in women. Being a hypermobile or flexible person, the ligaments around your joints are loose, which can lead to risks of joint damage.

Although joint hypermobility syndromes are far more common in women, there are a few instances that men may experience it as well.

People should be extra careful going far to some specific exercises and must protect their shoulders, hips, and knees when having hypermobile joints.

The good thing is women’s estrogen acts as an anti-inflammatory, which again repairs muscle damage faster than men's.

Knowing the physical differences between women and men does not automatically mean you should limit your workout styles only to those areas you are going to excel.

Sure, genetic potential is an essential factor, but what you do every day matters most. A healthier lifestyle can be of more value than a genetic predisposition for an ailment.